Even though tools like “Processing” have been out there for a while, computational design is still a rather new strand in visual communication. In computational design, the final visual appearance is not shaped by the artist’s pen or frozen in an Adobe file, but is dynamically controlled by software.

“Design by coding” means the designer creates the rules and behaviour of a set of visual parameters by programming a software. Here are a few examples of how this approach has recently been applied to a very classic design task: the creation of a corporate identity for a company or institution.

London-based studio Universal Everything used this principle already in 2007 when creating the identity for the LOVEBYTES festival. They developed a furry monster character, which was computationally multiplied into an “army” of more than 20.000 charming monsters, each of which were unique in their shape, colour, name, eye shape and hair length.

E Roon Kang and Richard The (The Green Eyl) collaborated in 2011 on creating an algorithmic logo for the MIT Media Lab. The computational approach seems only natural for an institution that has long been known to form the avantgarde in exploring new media technologies. Kang and The devised a software tool which allows the Media Lab to create a unique version of the logo for each of their affiliates:

Berlin-based team Onformative also used a generative approach when working for the Swiss company Actelion. As a pharmaceutical company, Actelion regularly uses a variety of images from science and health contexts. Onformative programmed a tool which allows Actelion to transform all kinds of images into one consistent visual language, made of a swarm of particles:

Norwegian studio Neue has used the computational approach to create a super-intelligent, data-driven identity for one of the northern-most landscapes in Europe: the Nordkyn peninsula. In order to emphasize the impressive nature of the place, the logo adapts its shape and colour according to weather data: 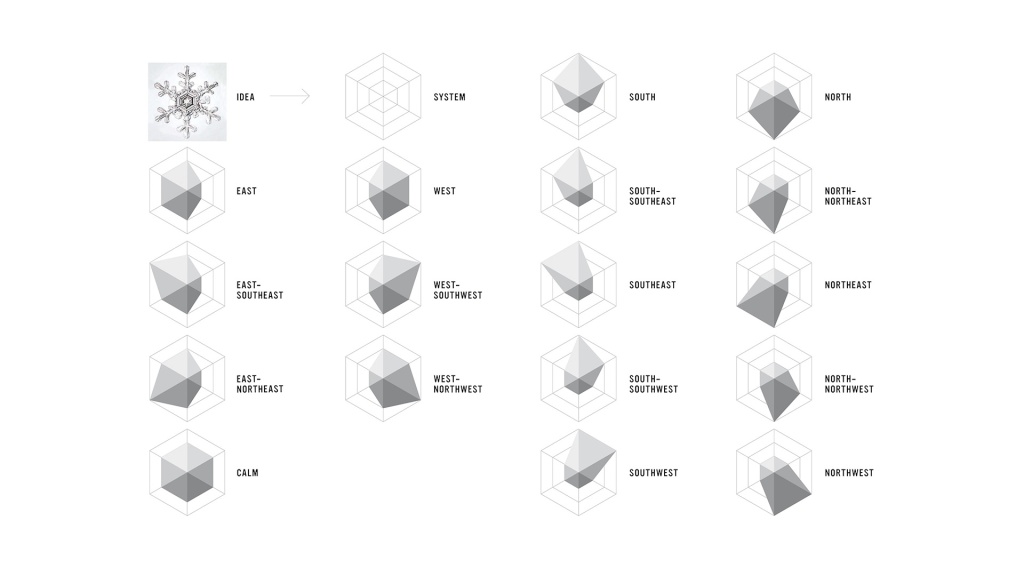 What an intelligent design, I love the idea! I would like to see how the people of Nordkyn actually make use of their weather identity.

—
If you need to know more about corporate identities that change with the wind (or with a programmed iteration), please also refer to Irene van Nes’ great book “Dynamic Identities”. (It’s sweet how the book’s designer resorted to using a lenticular image (a ‘technology’ that fascinated me when I was a kid) on the book’s cover to translate the idea of dynamic imagery into the analogue world.)

View all posts by Sandra Rendgen